Can I start off by telling you New Orleans is one of my favorite U.S. cities! Even though I’ve been there several times for the Atlanta Falcons vs New Orleans Aint’s.. (cough… cough) I mean Saint’s football game. Essence Festival was a mood of its own! Having no idea what to expect and no other expectations besides eating some damn good seafood.

I began my stay crashing a friend’s hotel room at the Royal Sonesta Hotel. A small boutique hotel located in the heart of the French Quarters, directly on Bourbon Street just two blocks from Canal Street. Our hotel room came with a balcony overlooking Bourbon Street, which was the perfect spot for being on Bourbon without “being on Bourbon.” Early morning coffee, throwing beads onto the ever-crowded street below or my favorite, late night cocktails and people watching.

If you can spare the extra cash, be sure to get a hotel room with a covered balcony. Even though we enjoyed having the outdoor space. Early mornings and after dark were the only times we could enjoy. The balcony was basically useless during the day, the sun beams down with no mercy. The covered balconies remain shady all day.

Also, keep in mind the hotel is “on” Bourbon Street. If you think you’re going to mind the rhythmic sound of a kid beating on a bucket, possibly a full band yards away or the scatting and shaboo-booing coming from the New Orleans Musical Legends Park (located directly across the street) at 4am this might not be the hotel for you. An added bonus, the doorman gave great recommendations of his favorite local restaurants. Which I love because locals are brutally honest.

The pool stayed lit!! There was a good mixture of Omega Psi Phi “Que Dogs,” Girls trip’ers, couples, people from all across the country and enough chocolate men trying to get in where they fit in to go around.

Poolside tip: There is a no glass cups allowed poolside policy so don’t forget your red one!

Let’s get this party started!!

After a quick bite to eat and a wardrobe change we were ready to hit the streets! There wasn’t a second to be wasted! We kicked the weekend off with white party #1. A day party aboard the Creole Queen. Besides, ‘This Is How We Do It’ I enjoyed the DJ who catered to the grown and sexy crowd spinning the best of the ’90s with just the right amount of what’s currently sprinkled in his mix. The upper deck was a great place to catch a breeze after ‘Busting it down Thotianna’ and a great photo op. Speaking of which, I met a lovely couple who own a photography company in Atlanta, (where I live) taking amazing pictures for free and sending them to your phone. Yes, I said free!

If you’ve traveled to New Orleans I don’t have to tell you to be ready for whatever you’re about to pass by! Tap dancers, bands, an impromptu in-line parades (that seemingly pop-up out of nowhere), naked Tarzan, thot granny dancers, Chewbacca or whatever else you can imagine. A city that is rich in tradition, history, and entertainment there will never be a dull moment.

There are a variety of tours you should take while you’re there. Historic cemeteries, swamp tours, walking tours, heck you can tour a tour there are so many. For more information visit the tour center located on Decatur Street, ask for Sam he’s funnnnny and ready to work a deal!

“The Mercedes-Benz Superdome was lit up in Mardi Gras colors and beautiful black people were everywhere! “

Saturday was my 1st introduction to the actual Essence festival and there couldn’t have been a better way to do it! Unloading from a taxi we bum-rushed, occupied by a couple in front of the Mercedes-Benz Superdome.

Headlining the show was the one and only Queen of Hip Hop Soul, Ms. Mary J. Blige featuring NAS., and H.E.R.

I was most excited to see Mrs. Michelle Obama! Our former First Lady did not disappoint either!! No seriously, most of us can imagine that she’s down to earth but that’s a complete understatement. Sis was so real I thought I was sitting there listening to one of my aunties. The candid interview/conversation she had with Gayle King almost made me feel like I was eavesdropping. Michelle Obama’s funny stories of meeting Barack Obama; Sasha, and Malia growing up in the White House; and social change was truly inspiring.

Of course, Mary J. shut it down on the main stage and no one wanted to miss her but if you wanted to sneak off during other’s performances the festival offered a Super Lounge for no additional charge where you could duck off and see Brownstone and 702.

“Essence did that with this lineup as the crowd sang every song lyric, word for word we partied and drank until they turned the lights on”

If concerts are your thing, 3-day event passes are available for purchase, for less than or equal to double the price of a one night ticket, which basically gives you one night free when you break it down.

Let’s face it… with so much to do this weekend in New Orleans, it would’ve been easy to skip the Expo but you would’ve missed a treat!

Packed with more concert stages and “brown vendors” eager to chat about their products and services it was a heartwarming experience. I also got to meet some of my favorite artist in person, take a virtual ride in the new Jeep Grand Cherokee, grab a free reusable bag from the Walmart station to tuck the hundreds of free samples I received, buy some really cool stuff, take pictures in the crowd friendly photo booths, preview ‘The Lion King,’ watch movies in the interactive BET display and so much more as I moseyed the countless number of isle filled with black-owned businesses.

I tell you the $30 PediCab ride and the $13 tip was well worth it! (Yes, $13! Guy hauled three women weighing a total of at leasssst 500 lbs up a hill in the smoldering humidity and took us through every cut he knew was shady. He earned it!)

All White Parties Are A Thing During Essence Festival!

Now maybe we were a little too old for this one but if you can get with Trap music and marijuana smoke this place was lit! I don’t mind either so I blended right in and had a funky good time! The club had two rooms with different DJ’s, one all Trap everything and another a little less Trap and more Hip Hop. A V.I.P balcony that covered the entire club giving easier access to move about between the two rooms. That is until Jeezy came on and the crowd went nuts in a good way. This party was a whole vibe if you feel like acting 30 again.

Getting My Grub On

“Oysters, Oysters and more Oysters!! Seafood, Oysters, Pasta and did I say Oysters “

So, I’m not really an oyster girl… so I thought… Until I had charbroiled oysters in New Orleans. Babe!! When I tell you I could not get enough of them! All facts! With so many restaurants to choose from it can either be a “hit or miss” after narrowing down options. Here are my favorites.

Grilled Salmon over a buttermilk biscuit, with two poached eggs ( I optioned for fried), dill hollandaise sauce, red onions, and fried capers. This was delicious served with their specialty pomegranate mimosa. They aren’t stingy with the food here, the portions are huge I could only eat half. There was a bit of a wait as this is a popular spot be prepared to wait at least 45 minutes to be seated, you will not be disappointed.

Grill Fish “St. Peter” which is the fish of the day served over a cheesy grit cake, sautéed spinach and tomatoes, a grilled shrimp skewer with a creole hollandaise sauce.

I originally came to Mena’s to have breakfast and to my surprise, they had very few Cajun/ New Orleans style breakfast options. No worries! What you will find is a straightforward good old fashioned southern style breakfast. French toast, pancakes, eggs, grits, bacon, sausage and all the fixing. I opted for lunch settling on the Fried Seafood Platter. Yummy!!!

These oysters were so good!! Topped with butter, garlic and parmesan cheese these are heavily addictive! Tip: Order 12!! A half order will only tease you!

We also ordered: a cup of gumbo, seafood pasta and, chicken wings. (That was not me…)

What didn’t we have here?

What We ordered: RedFish served with smashed potatoes (that’s what they call them) and a turnip/ mustard green mix. (The best ever and I don’t even like turnips or mustards) red beans and rice with fried chicken. Ribeye steak served with smashed potatoes and greens mix, crab cake pasta and a dozen of charbroiled oysters. There was not a to-go plate to be had as we ate like we were never going to eat again. Well, technically it was our last meal in NOLA so we went All In!! I would’ve eaten here every day if I knew how delicious the food was but the universe saved the best for last.

Another place I’d have to ask, “What didn’t we have?”

What we ordered: Charbroiled oysters, Crab Cakes, Gumbo, Seafood pasta and Jambalaya. I didn’t stick my fork or spoon in a dish I didn’t like!

Essence Festival 2019 was one for the books!! There is no other platform that does it on this level which showcases the biggest names in Black entertainment and entrepreneurship. A Great event for chopping it up with Brother’s and Sisters from all across the globe. No wonder I met so many people who were on their tenth year or more at this event. With so much to do and see I’ll probably need ten more trips to cover it all. We’re already planning next year’s trip so I hope to see you there!

Contributed by yours truly Latrice Caldwell, TV/Movie Industry professional. Self-proclaimed sassy, long-winded, Petty Paulette that can’t wait for her nest to be empty, so she can grow her garden and live like Jody’s momma. 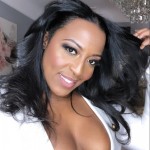